Fun Stuff - How to make a movie

From MEG Core
Jump to navigation Jump to search 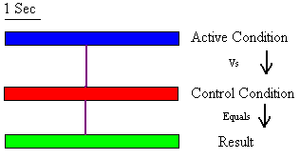 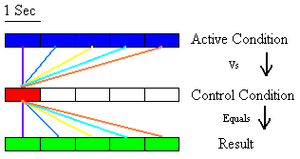 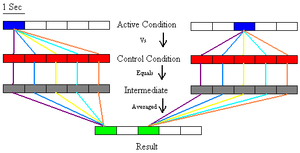 This will create all the scripts and run them.

Running the script with no arguments produces a detailed help message.

samslide.py outputs a script (here, batch) that you can append to in subsequent invocations with '>>'. The idea is that you want to do as many SAM runs as possible in one batch, to reduce overhead and waiting time.

Note: samslide.py modifies the datasets! It creates window parameter files in the $ds/SAM subdirectory; it also creates go, assemble, and cleanup scripts in the current directory; a copy of the output, a script to assemble the final output BRIK, and one to clean up the various temporary files, respectively. If you are running many subjects/datasets at once, be careful to set the -t flag argument so that you avoid name collisions.

Viewing the Results in AFNI

Here's how to set up AFNI to view a movie:

Now you can set your colors and graph preferences, and navigate in both time and space. It's a good idea to turn autoRange off, and set it manually.

For graph preferences, try setting the matrix size to 5 or 7, set a common or global baseline ('b' key), and autoscale ('a' key). The 'w' key writes the graph in the middle.